I always hated typewriters. I could never type a whole sentence without an error. I love word processing software. I loved more primitive mark-up languages at first introduction -- even when the editing was line-oriented and so primitive you can no longer imagine it.

Today, for no apparent reason, I saw four articles with references to typewriters:

Posted by Mae Travels at 9:27 PM No comments: Links to this post

Penguins at the Aviary 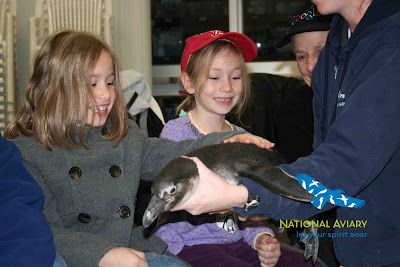 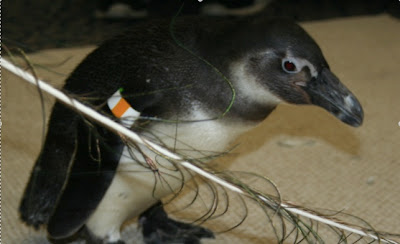 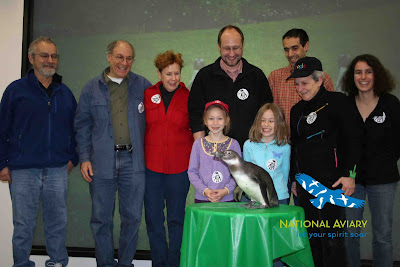 At the Aviary in Pittsburgh we met Preston the Penguin, and spent around an hour with him. We also toured the kitchen: highlights, a frozen rat and the live insect bins. Many of the birds are in fact vegetarian, though, and eat veggie pellets, chopped kale, or spaghetti. Then there are bald eagles and sea eagles. Rats. Eleven African penguins including Preston live in a beautiful enclosure with all the penguin amenities. We had a wonderful time.
Posted by Mae Travels at 4:26 PM 1 comment: Links to this post 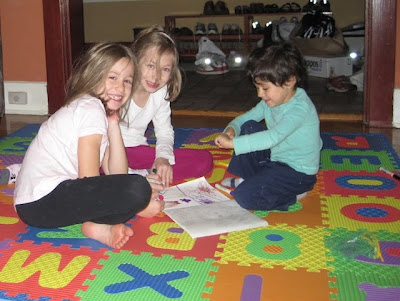 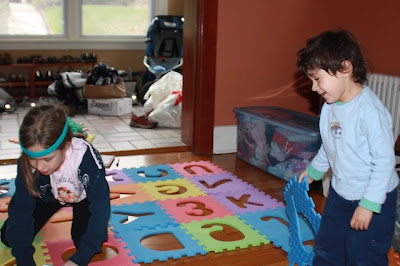 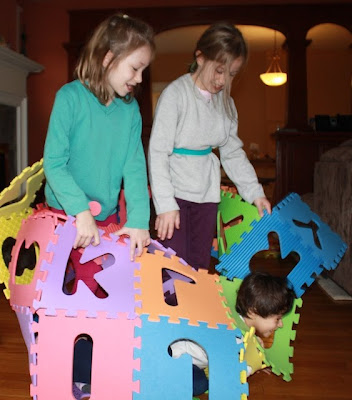 Posted by Mae Travels at 12:13 PM No comments: Links to this post 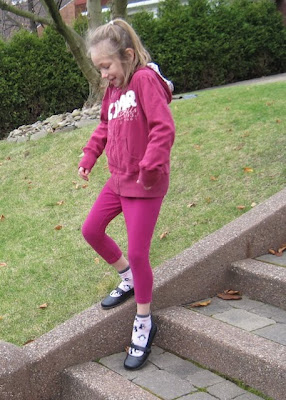 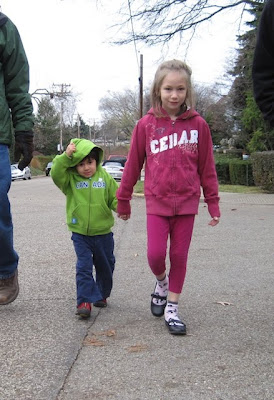 Posted by Mae Travels at 11:59 AM No comments: Links to this post

Grandma goes over the river and thru the woods 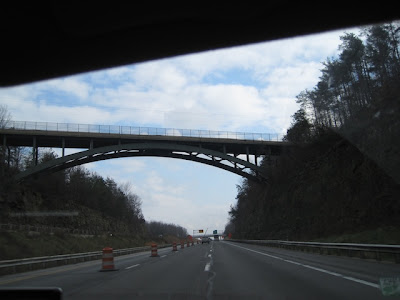 ... from Ann Arbor to Pittsburgh. 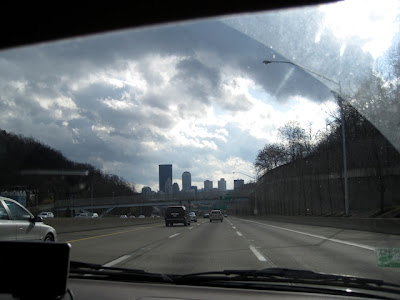 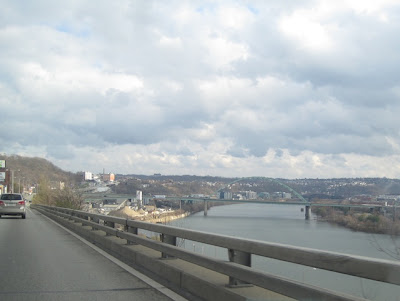 Posted by Mae Travels at 4:22 PM No comments: Links to this post

An Embarrassed Smile? What!

"Before its airy makeover with the glass pyramid, the Louvre felt like the worst kind of museum–punishingly vast, the walls of its interminable corridors lined with dukes with beards like spades and spoilt, mean-mouthed women in poodle wigs. After some hours, footsore and deafened by culture, we got to the “Mona Lisa”. I remember thinking how small she was. And how podgy. The famous smile hinted at embarrassment that all these people would bother coming so far to see her, when really she was nothing special."

For the complete article, actually about the Rodin Museum not about the Louvre, see RODIN'S SONNETS IN STONE by Allison Pearson. I have mixed feelings about the Rodin museum as we lived quite near it for a year and took so many visitors there that I was maxed out on Rodin.
Posted by Mae Travels at 5:48 PM 1 comment: Links to this post

What does Mona Lisa need?

One assessment of augmented-reality possibilities suggested a future in which you might point a smartphone at the “Mona Lisa” and access a documentary about Leonardo da Vinci. And maybe someday it will seem normal to look at a Burger King location through a portable screen and see Yelp ratings, diners’ tweets and possibly a character from “Avatar” enjoying a $1 Whopper Jr. Perhaps this will seem advantageous. Why just look at a restaurant, a colleague or the “Mona Lisa,” when you can you can “augment” them all?

Posted by Mae Travels at 9:13 PM No comments: Links to this post

Double Indemnity covers the same themes as The Postman Always Rings Twice (which I wrote about earlier today in Back to California Fiction). James M. Cain's narrator-murderer in this one is entirely in control of his choices, though he misjudges his incredibly cold-blooded accomplice. It's a chilling story: the accomplice is an unforgettably awful woman -- beyond description. Similar brief passages of California local color and legal details make the two stories a bit repetitive -- I wish I hadn't read both of them on the same day.

I'd also always heard of the movie Double Indemnity with Fred MacMurray, Barbara Stanwyck, and Edward G. Robinson. I wonder if its director Billy Wilder preserved the timeless quality of the story, which like the other seems less dated than I'd expect.
Posted by Mae Travels at 9:19 PM No comments: Links to this post

Back to California Fiction

I had never read anything by James M. Cain before today. The Postman Always Rings Twice is short and suspenseful -- a good read, and not at all dated. I enjoyed the setting in southern California, with just enough local color from the 1930s.

The narrator, Frank Chambers, is an unlikeable, hard-boiled drifter and petty criminal who unthinkingly becomes a cold-blooded murderer. In some ways the narrator makes me think of Camus' The Stranger -- he just doesn't quite know how all these things happen to him, and exists from minute to minute. Chambers constantly drifts downward, manipulated by a woman named Cora -- I see her as very individualized example of a stereotyped temptress. Camus didn't portray any character like Cora.

In the novel, ethnic prejudice against Cora's husband Nick -- a likeable, successful Greek cafe owner -- is a heavy theme. At the very beginning, she asserted her plain-white-American identity: a girl from Iowa, married to a Greek. All she wanted was a secure life, and didn't mind being the cook in Nick's diner kitchen, but she had nothing but hatred and disgust for Nick himself. Cain's first-person narrative is so convincing that you almost (only almost) wish Frank and Cora well with their despicable scheme to get possession of her husband's cafe, car, and money. And the several reversals at the end (which I won't spoil) make it all the better reading. 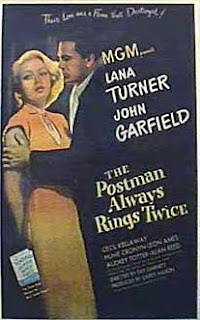 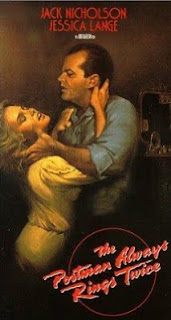 I just looked up the two films made from this book, which I've heard of but never seen. In 1946, Lana Turner played "Cora Smith" whose husband was "Nick Smith" -- in other words, the film removed the ethnic identity issue. The 1981 remake starred Jack Nicholson as the drifter, Frank Chambers, and Jessica Lange as Cora Papadakis. My guess is that the first film would have become much more dated than the book. Maybe I'll watch the films some time. I definitely want to read another of Cain's stories from the collection I have checked out of the library.

Also see Road Food, 1934 on my food blog for another view of the story.
Posted by Mae Travels at 3:11 PM No comments: Links to this post 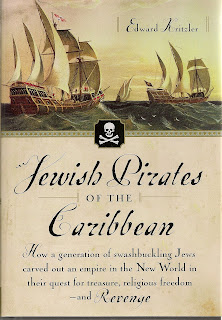 Remember the jokes about the world's shortest book? When I saw Jewish Pirates of the Caribbean on the Jewish Book Festival table, I thought it was impossible to have a whole book on the subject. And in fact, the author Edward Kritzler would have had a very short book indeed if he hadn't padded his narrative with Jewish pirates from other places (like North Africa), non-Jewish pirates (like Henry Morgan) and Jews from all over the Sephardic world.

Jewish Pirates of the Caribbean is a frustrating mish-mash of historical information. True, its reason for jumping around is that the few actual Jewish pirates had a jumpy background. The real ones, who went after Spanish treasure ships and did other privateering jobs, were connected to Jews in Spain, the Netherlands, Brazil, New Amsterdam (that first Jewish colony), England, and many Caribbean islands. If you didn't know a thing about that era, you might find it interesting -- or frustratingly hard to follow. I found it mainly annoying. There just weren't enough real pirates. AAAR.
Posted by Mae Travels at 10:13 AM No comments: Links to this post

I just read an article that says that Mona Lisa had eyebrows. Vasari said that 450 years ago, approximately. Ho Hum. So the latest thing was to x-ray or otherwise use technology. The end result is simply not new! see this --

The Mona Lisa originally had eyebrows, according to a French art expert who has analysed Leonardo da Vinci's masterpiece with a special camera.

Posted by Mae Travels at 10:25 PM No comments: Links to this post

Yesterday as we were walking by Argo Pond in the Huron River we noticed three young men on the railroad bridge above the water. The air was warm, but their swimming shorts seemed a little out-of-season. Friends on the bank were urging them to jump. I photographed them in sequence, beginning with the first one in the water. 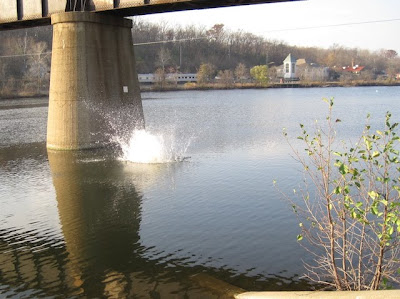 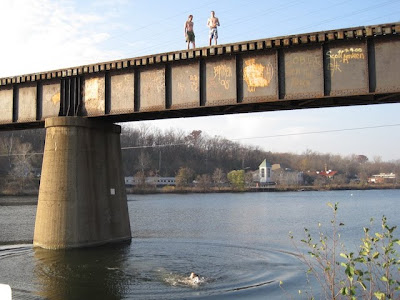 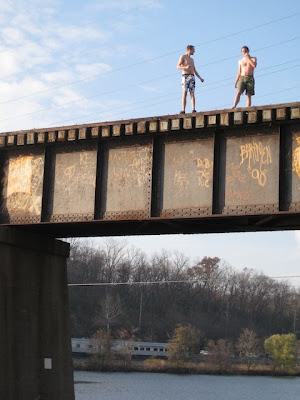 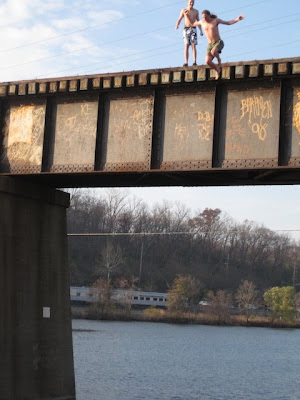 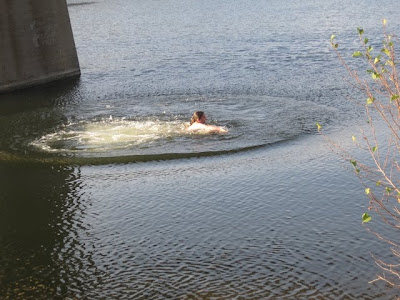 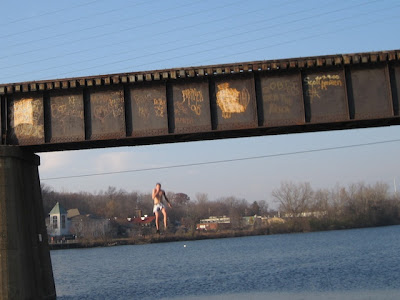 Posted by Mae Travels at 5:12 PM No comments: Links to this post 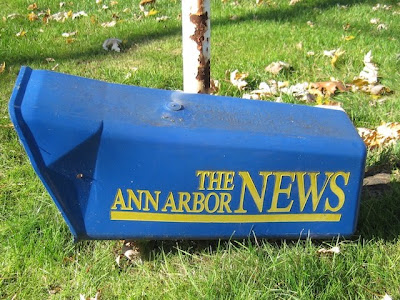 On our walk this afternoon we saw this delivery box for the Ann Arbor News. It was on the ground next to the post that once held it, no longer needed.

Ann Arbor is marginally famous for the fact that it's a city of well-educated people that now has no newspaper at all. The News went out of business last summer, leaving a smaller less frequent (and much less staffed) publication that mainly runs a website. I've read that the out-of-town owner of the News (and its little replacement) wants to experiment with what can be done if you cancel the paper globally.

In the many years I've lived in Ann Arbor, I was a subscriber to this local paper for less than 8 months once, in the mid-80s. So I don't really miss it. I began reading what the News posted online a couple of years ago, and now read the successor website. I switched from the paper New York Times to the online one in 2003. I also read several other online publications.

The lack of a newspaper has a variety of consequences for a city this size. Last Tuesday, we voted to change the city charter, which required publication of certain acts of the City Council and other local government apparatus in the "newspaper of record." The only journal that satisfies the criteria in the old charter language is a legal journal with a circulation of around 1000, I read. Now it's legal for the city to post these items on certain websites. And legal requirements and reality are better lined up again.

Someone eventually is going to have to figure out how to replace the seeming finality of printing and archiving newspaper announcements. Otherwise we will have no certainty that the electronic version hasn't been tampered with. A brave new world -- or more like what Orwell predicted for 1984 when Big Brother's minions regularly changed the historic record. But we have no newspaper, so the change isn't negotiable.
Posted by Mae Travels at 5:18 PM No comments: Links to this post