Posted by Mae Travels at 9:42 PM 2 comments: Links to this post 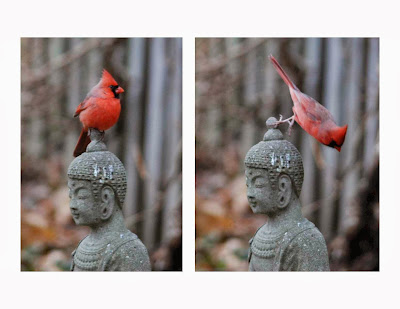 Not far from our recently-installed bird feeder we have a garden statue. For the last couple of months, it has become a perch for birds waiting their turn at our new bird-seed feeder and suet feeder. As expected, we also have some squirrel challenges, from the big fat grey squirrels that have always lived in our yard, and from smaller red squirrels that have only recently moved into the territory. We are enjoying the spectacle of both birds and squirrels, including an aggressive gang of house sparrows and several more appealing species of warblers, finches, woodpeckers, etc.

My recent photo collage showed some of the birds that have been feeding here, but I had a request for a picture of a male rather than a female cardinal -- this is it. Len took this and all the other bird photos with his good cameras and specialized lenses.

About that garden statue: we bought it in Traverse City many years ago, and it's occupied various locations in the yard ever since.
Posted by Mae Travels at 7:47 AM 1 comment: Links to this post 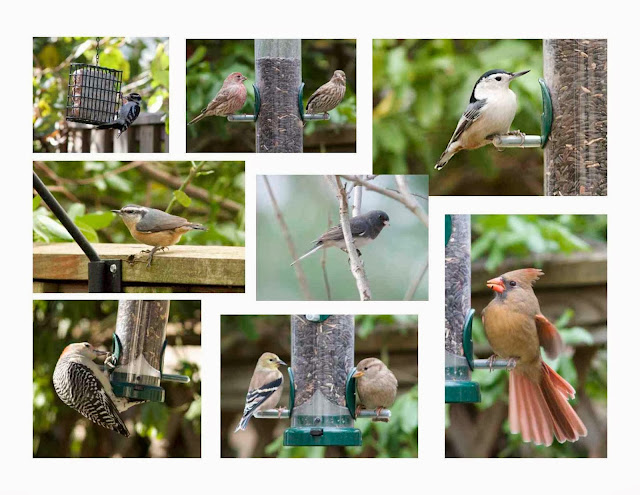 Posted by Mae Travels at 1:15 AM 3 comments: Links to this post

Before I finish reading the New York Times obituary for Doris Lessing, who died today, I thought I would write down one of my most vivid impressions from her novels. Of course it's from The Golden Notebook. And I've added the relevant quotes from the review.

What I remember: one of the central women in the book is working through her feelings about Stalin, both internally and through discussions and fights with her fellow left-wingers and communist party members. She also is working through psychoanalysis, so she's very aware of her dreams, including day dreams or fantasies. Her fantasy that I recall is that Stalin asks her advice about what he should do to be a better leader -- and she tells him how to solve whatever problem she sees as critical. I think she writes this down in one of her many color-coded notebooks but I think in the red, not the golden, notebook.

Then, unless I'm recalling the book wrong after all these years, the character finds out that virtually every communist has the same fantasy of explaining to Stalin what he needs to do. Somehow this captured some fundamental thing for me, about the way that political idealists thought. [And says the NYT review: "Ms. Lessing wrote that she had intended the novel to capture the chaotic period after the Soviet Union denounced Stalinism. Under the pressure of the revelations about Stalin’s crimes, the movement that had been the glue of her social and intellectual circle came undone."]

I've read many of Lessing's other books, including the entire Martha Quest series which changes genres at the last book, a feat I always admired. The first several books are an old-fashioned coming of age story of the meaningfully named Martha Quest as she grows up in a British colony of Africa and eventually gets away from her boring background. The last is a distopia set long into the future -- though now it's no longer the future, and our hindsight tells us it didn't quite happen that way. [Says the review: "The weighty series of books… remolds some of the issues and situations treated in 'The Golden Notebook': war, Communism, sex, abortion, domestic violence, abandoning children, psychoanalysis and breakdown. But the series reaches forward to the next millennium and the destruction of the earth."]

Lessing's later books were entirely different from these early ones -- like the last Martha Quest novel, The Four-Gated City, they are mainly set in distopian futures, or in one case a sort of combination of the past and the future. I liked them, but not as much as I liked the earlier ones. What I don't know is how much I would like the earlier ones if I reread them now, so much later in time and in my life.

The NYT review cites a number of facts from Lessing's autobiography, which I've never read. Perhaps I'll read it now. I'm sorry to hear that she's gone; she was a very great writer.
Posted by Mae Travels at 2:30 PM No comments: Links to this post

Melodrama. That’s how I view Amy Tan’s new novel The Valley of Amazement: 600 repetitive pages of melodrama! Too long, too repetitive, very disappointing.

I struggled through The Valley of Amazement, but I didn’t enjoy it. Set in Shanghai between 1900 and the late 1930s, the novel centers on two courtesans, mother and daughter. The first several hundred pages are narrated by the daughter, who is unaware of much of her own history. Nearly at the end, the mother’s first-person account of her own story back-fills the tale. Both stories include lots of melodrama (tender husbands dead; children snatched away; many sorts of exploitation and mistreatment; riches-to-rags-to-riches plotlines). The choice of telling the story in reverse order seems awkward rather than suspenseful.

In addition, both women’s stories provide lurid descriptions of the life of a girl sold or otherwise forced into slavery. Yes, though each one lived in luxury, she was effectively a slave, and her life depended on learning to curb her own wishes and to please the men who bought her high-class favors. As a literary choice the subject of a Shanghai courtesan 100 years ago could go in a number of directions, but I think this one didn’t turn out well.

Sorry, Amy Tan, I’ve loved almost all of your other novels. This one didn’t come up to any of the previous ones I’ve read. I see the amazon.com reviews are coming in to agree with me.

Note: I posted this review on amazon.com, just for fun. I usually don't bother to be one of hundreds of amazon reviewers. 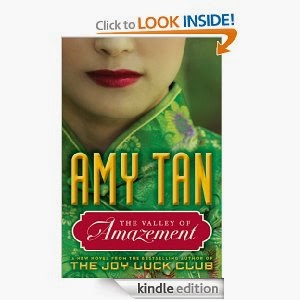 Posted by Mae Travels at 8:31 AM No comments: Links to this post 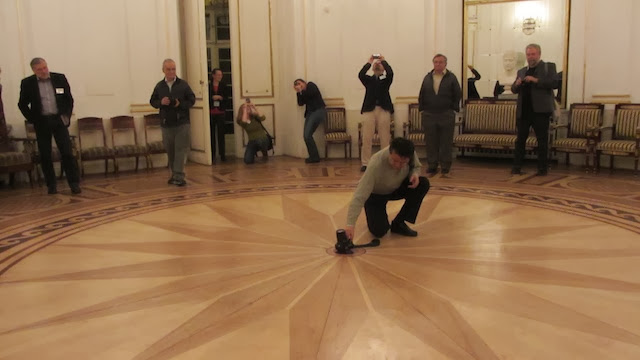 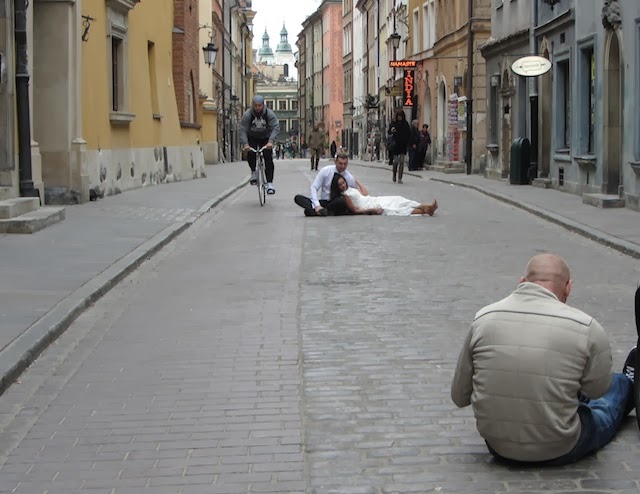 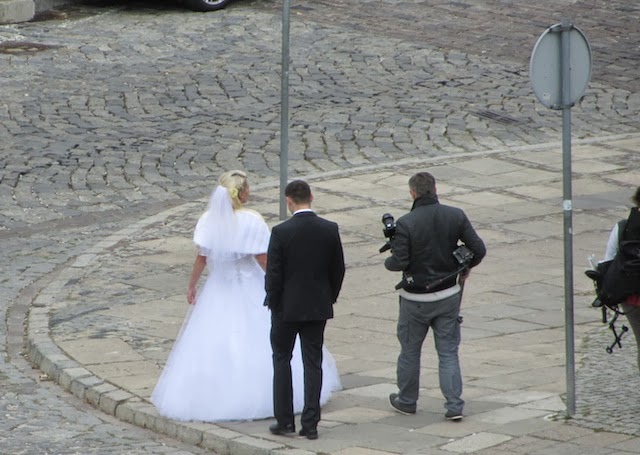 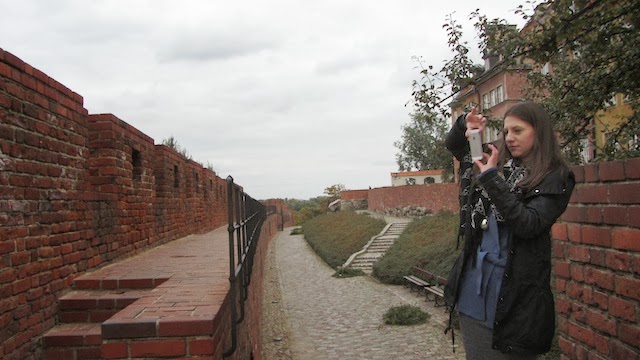 Posted by Mae Travels at 12:00 AM 2 comments: Links to this post 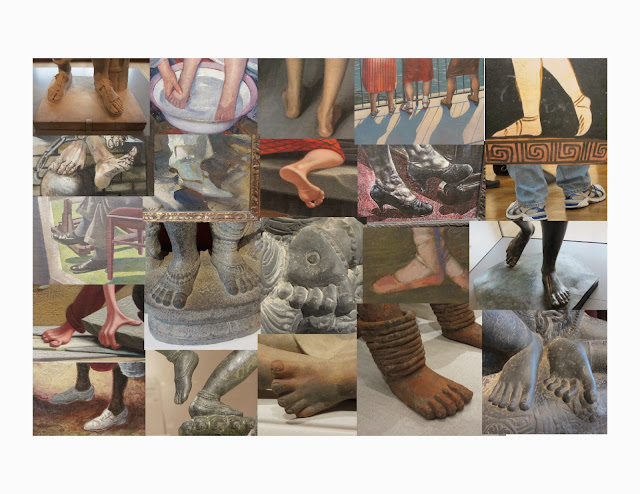 Posted by Mae Travels at 7:00 AM 3 comments: Links to this post

I love tribal masks. Here are a few that I found appealing on my museum visits this past weekend.
Posted by Mae Travels at 8:23 PM 1 comment: Links to this post

To the Field Museum of Natural History

Getting to the museum on a beautiful, sunny Sunday morning was fun. Once inside the museum, I visited the current special exhibit about the 1893 World's Fair, as well as several permanent exhibits on Native Americans; African countries of Senegal, Benin, and Cameroon; Spirits of the Pacific, especially New Guinea; Tibet; and a few others. I'll post a few more photos later. I also walked through a visiting exhibit from the US Holocaust Museum on Nazi anti-Jewish propaganda: chilling, of course.
Posted by Mae Travels at 5:09 PM 2 comments: Links to this post

At the Chicago Institute of Arts 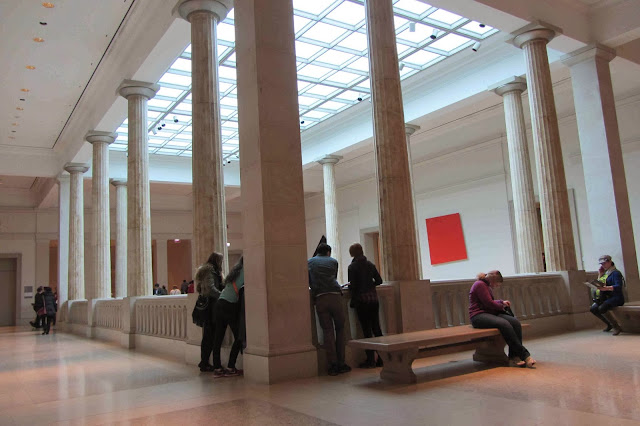 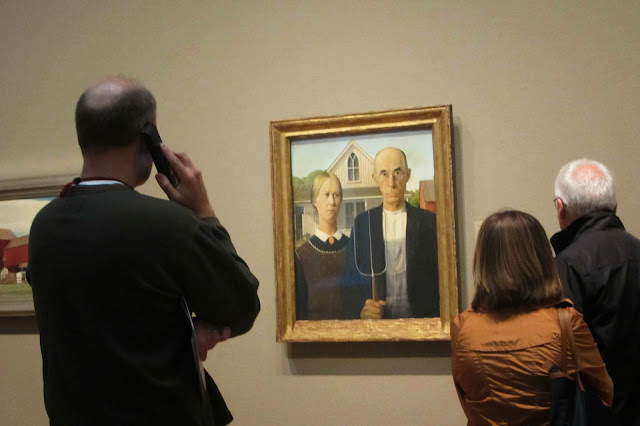 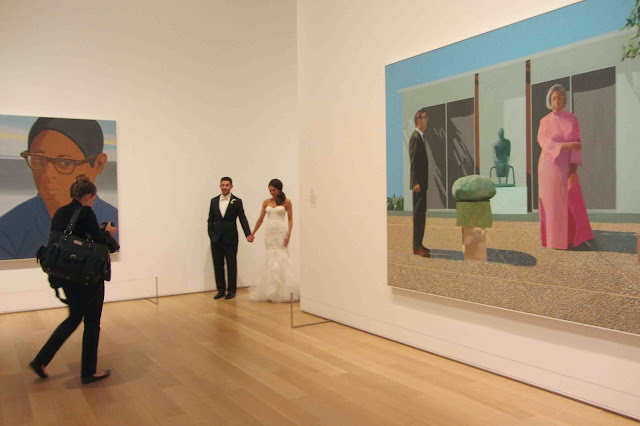 Posted by Mae Travels at 10:38 AM 3 comments: Links to this post