Birds on the Shore 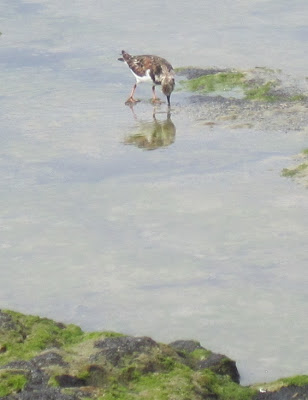 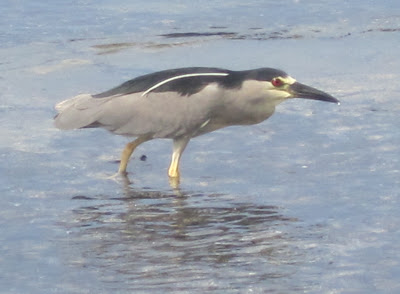 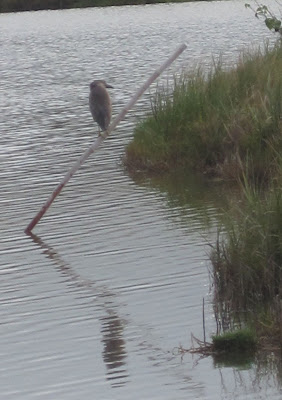 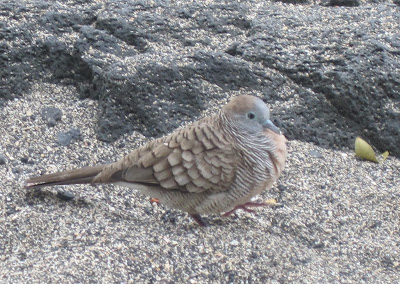 I sat and walked on the beach for several hours today. I loved looking at various birds pecking things out of the rocks. The little doves that hope for picnic crumbs are very beautiful. I don't think any of these are native Hawaiian birds; they also live on other shores.
Posted by Mae Travels at 2:39 AM 1 comment: Links to this post

Little girl on the beach 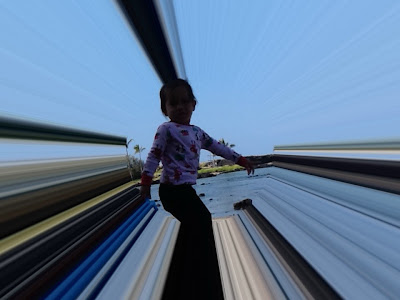 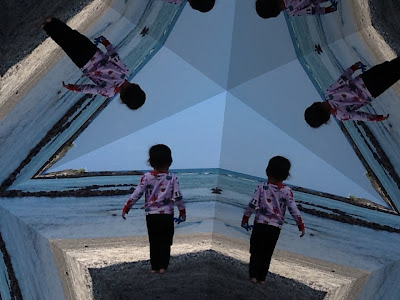 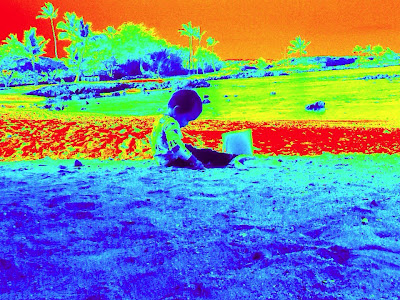 Having fun with Photobooth on my iPad.
Posted by Mae Travels at 1:44 AM 1 comment: Links to this post 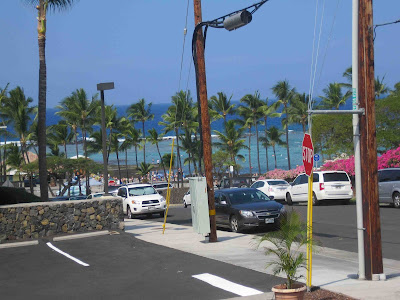 From our condo, we have a view of Kahaluu beach park. We snorkeled here this morning, just walking right down the street to get to the water. It's beautiful, though the current is high so there weren't quite as many fish as at real peak times. We also walked to a nearby historic area where two seaside heiaus (buildings from the original Hawaiians' religious rituals) have recently been restored.
Posted by Mae Travels at 4:16 PM 1 comment: Links to this post

Liking E-Books or Not

I have written once or twice about my reaction to e-books, specifically Kindle books, which I now read mainly on my iPad Kindle app. I just read a very satisfying summary of objections I have overcome or problems I have learned to live with. Tim Parks, in a New York Review of Books article titled "E-books Can't Burn," asks why should we dislike e-books? His possible reasons why are insightful:

"Could it be the fact that the e-book thwarts our ability to find particular lines by remembering their position on the page? Or our love of scribbling comments (of praise and disgust) in the margin? ... We can’t so easily flick through the pages to see where the present chapter ends, or whether so and so is going to die now or later. In general, the e-book discourages browsing, and though the bar at the bottom of the screen showing the percentage of the book we’ve completed lets us know more or less where we’re up to, we don’t have the reassuring sense of the physical weight of the thing (how proud children are when they get through their first long tome!), nor the computational pleasures of page numbers (Dad, I read 50 pages today). This can be a problem for academics: it’s hard to give a proper reference if you don’t have page numbers."

And the author then asks: "But are these old habits essential?" I think it's a really good question, and for me the answer is, I can do without these old habits and expectations. I make those complaints from time to time, but I've really learned to live with e-books and even to mark up the passages that I want to come back to. Anyway, I never wrote in books, just left sticky notes to myself on the pages.
Posted by Mae Travels at 12:43 PM 2 comments: Links to this post 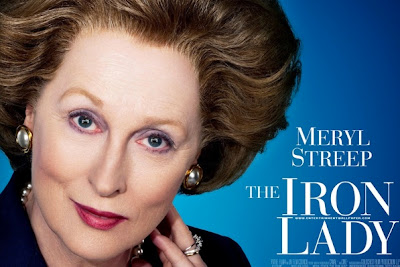 Yesterday we saw "The Iron Lady" with Meryl Streep as Margaret Thatcher, both old and (pretty) young. Her performance was amazing, though at one point I couldn't figure out why I was thinking of Julia Child. Oh, yeah, "Julie and Julia" !
The recap of British politics of the Thatcher era was interesting, and seemed to bring up the issues that are currently being debated. Do you solve economic downturns and low employment through austerity? Do you tax the poor at an effectively higher rate than the rich? We don't know yet.
In the film, the real drama was in the 24 hour time of the frame story: the life and memories of very elderly Margaret Thatcher on one day in November, 2008, as she sees the Mumbai Massacre events on her TV, and as many similar events of her life, along with other events, flash back in her mind. The memories are vividly and literally recreated as relatively brief onscreen vignettes for the movie viewer. The result is the kind of unity of drama -- the classic kind.
I knew nothing about this film before we went; somehow I hadn't read a single review. So it was all the more impressive. Though I didn't and don't like some of Thatcher's policies and politics, I have a lot of respect for how she led her country, for her determination, and for her success in overcoming prejudice against her (as a woman and a grocer's daughter). The film reinforced that respect. All in all, it's quite worth seeing.
Posted by Mae Travels at 7:57 AM 1 comment: Links to this post 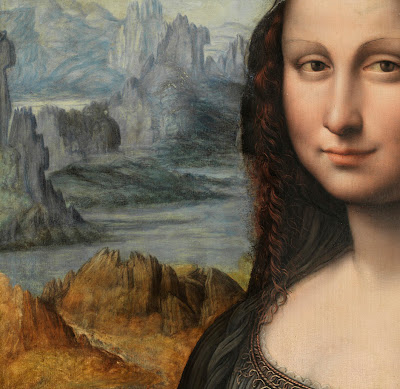 Could this be real news about a copy of Mona Lisa by a student working side-by-side with Leonardo? I guess there will be some discussion. I knew of the copy in the Prado, but now there are big new claims about it! And look: eyebrows.
Posted by Mae Travels at 7:18 PM 2 comments: Links to this post